From the semaphore and telegraph to contemporary information technologies, Dynamics of Modern Communication f How do the social sciences address the question of innovation and the relationship between technology and use? This is the core point of this book which examines critically diverse works, in sociology, history, economics and anthropology, in order Flichy provides an intelligent guide to the social significance of Internet culture and advances our understanding of why it thrives even when ballyhooed booms go bust.

By examining in detail the discourses surrounding the development of the Internet in the United States in the s and considering them an integral part of that development , Flichy shows how an entire society began a new technological era. It is possible to make it hard for a MITM attack to succeed. Recall a D-H exchange produces a valid shared key even if the whole exchange is wiretapped; the wiretapper cannot figure out the key. Some other tricks have been suggested which can be used for the comparison. Remember the "escrowed encryption" scheme, and how it got shot down in part because it was shown not to work.

Adding some more tools and making them commonly used is doable. This does not imply the political systems are just fine; they need to be fixed.

The Internet Imaginaire | The MIT Press

It wasn't that long ago that it was accepted police needed a warrant to enter your home, or a warrant showing probable cause to inspect your communications. At least that much of the US constitution had not been forgotten or redefined to oblivion. It sure has now That is after all why there are footnotes with many Shakespeare plays, or for that matter for the Bible.

It is past time to stop the perpetual panic and remember how at least American and evidently many other polities' jurisprudence is supposed to work, and remember that police work is easy only in a police state. Interesting stuff.

I think that Internet will 'evolve' if we can call it that way from the semi borderless space that is today, to a heavily controlled borders that we have in the physical world. US probably already do that, but I'm saying that the other countries will start doing it also. Great Firewalls everywhere, a cyber-UN organization, etc. It's bassically the end of the Internet as we know it. I say, "This is not the internet I dreamed of in No way. Perhaps understanding the human condition it was too idealistic to have thought otherwise.

Today, every day, when I use the internet I ask, "Why? Why do I give my time and energy to this thing that has become evil.

Habit, that is the only answer I have. Habit die hard. Yes, habit and one more thing. There is no going back. Whatever the internet morphs into it is here to stay. The clock cannot be unwound I think you say. I like your essay. Things like cyber bullying, gaffes that are remembered "forever", digital "rot" and the collective "amnesia" and indifference under information overload have been discussed like abberations of the internet age rather than maybe consequences of the internet age.

I remember their being some discussion in the beginning on the possibility of dividing the public into "eloi" and "morlocks" i. It seems to me that the "morlocs" won that debate because everywhere you see there are "morloc" institutions, task forces, standard bodies without much "eloi" participation or oversight.

Now it seems the "morlocs" have been betrayed by nastier creatures and need "eloi" political support to change the state of affairs. You have to realize that for most "eloi" nothing has really changed. The cats on youtube are still there :. What I'm saying is that I would welcome a debate regarding web-ethics that doesn't solely default to "privacy" and "liberty". Having said that I think the part about finding sponsors and drawing the parallel to ipv6 is wrong. Other nation states are now in the mix and would make powerful sponsors indeed. I think engineers could play a pivotal roll in using that sponsorship to not just serve narrow national interests but I think any proposals will have to take them into account.

Having one nation state dominate the internet does not seem to me to be a stable state of affairs. This "change is not possible" column does a disservice to readers. First, size matters.


Installed base matters. The existence of work-arounds matter. This is not a reason to imply that IETF solutions will always be ignored. Second, implying that only a historian of the internet has the long term perspective is blather. The grey beards in the IETF has collective experience that ensures that history is given due consideration. Change occurs when the impetus is sufficient to overcome inertia and institutional pressures. Pressure against change by all those departments of the US government who benefit from the current system will be enormous. Remember, the actions these people take are illegal.

Helping them continue is abetting an ongoing illegal enterprise. On the other side, the users of the internet should understand that whether or not they have secrets that they don't want to share, they do have a right to privacy. Right now the NSA has the equivalent of a camera in every room of their internet house.

While that may be a benign loss of security right now, there is no guarantee it will always be so. The blase assumption that the government is to be trusted and that all these intrusions are good for us, that we need not be concerned and that even if we were concerned there is nothing we can do, is an acceptance of whatever comes without even trying to resist. If NSA PR flacks had wanted to write an article hoping to anaesthetize people, they could have done no better than this article. If you asked people back in could the internet span the globe and deliver information from any one place on the planet to any other in real time, that it would have hundreds of millions of users, they would have said impossible.

They would have looked back at history and taken the long view and said it was impossible, not even to be considered. I hope the movement that Schneier is starting now ignores the small minds and control advocates and pushes on. Because content starts and ends in the leaves of the internet, at the very least those leaves who care can take control and re-engineer their activity to be intrusion free. As the number of methods of freeing yourself from government oversight grows, as UIs simplify, methods could easily be pervasive in just a few years.

Fortunately, the internet was built by engineers, not historians. Schneier's most recent Crypto-gram linked variously, then to an article "presented as disagreeing" but with which he agreed , then here as "a rebuttal to [his] essay. Aligned with Schneier's "imaginairing" if not imagineering, now trademarked by some company!

Idealism is err, should be a primary benchmark for civilization's endeavors.

Which brings us to that final sorry lament. Even wearing my NSA authoring cap, I would leave that bit in. Broadened, in fact, to include most applied science and engineering, which is veering into malign chaos.

My biggest take-away from 20 years on the Internet is discovering how many greedy, malicious, dangerous people are a mere keystroke away. That alone has obliterated all youthful delusion of some brave new world. Your choice to use derisive language indicates that you don't believe that your argument can stand on its own merit. It also reduces your credibility.

Interesting post. It's awesome ,it is realy helpful, I appreciate it!

So in summary you're saying that: 1. You believe it is not easy to re-engineer the Internet Let me get this right. Your first argument as historians is that 'creating' a world wide net that facilitates true security and privacy is not easy. I agree. 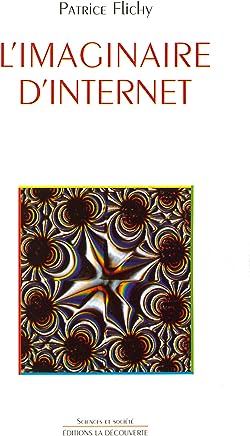 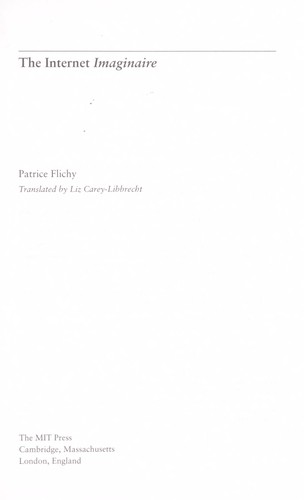